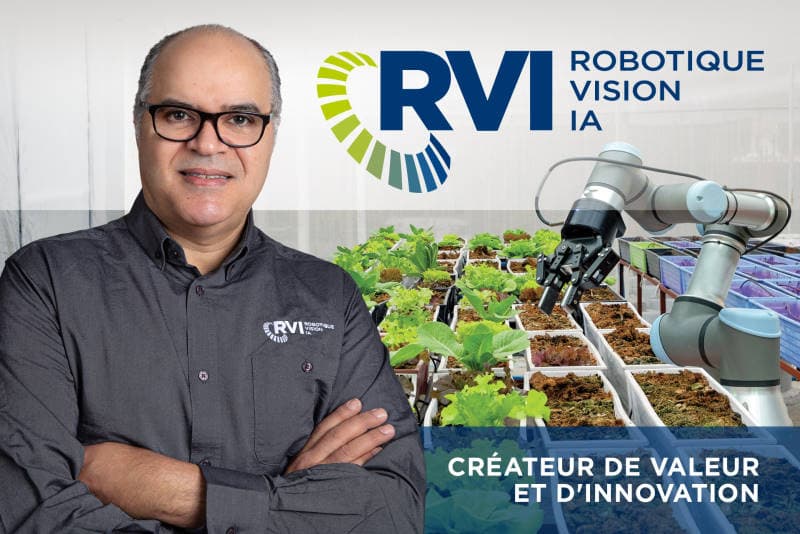 In conventional robotics, the robot acts on its environment by executing predefined instruction sequences. While the robot may be part of a system combining sensors, processors, and actuators, the system itself is compact, independent, and limited in its flexibility, reuse, and adaptation to new situations. Over the years, other types of robotics have emerged, including collaborative robotics, mobile robotics, self-programmable robotics, and, more recently, advanced robotics.

In short, collaborative robotics groups robots into robotic cells that work close to or in direct contact with operators, with very few physical barriers, if any, between human and the robots so they can interact. Mobile robotics has given robots the ability to move around their environment. They can even navigate in an uncontrolled environment without a physical or electromagnetic guidance system. Self-programmable robotics relies on the 3D digitization of the part to be worked on (most often painting, sanding, or welding) and the digital twin of the cell. The resulting model is then used to automatically generate the trajectories.

Collaborative robots (also known as cobots), which are mobile and self-programmable, can provide cutting-edge solutions that meet specific industrial needs. However, manufacturers continue to see a rise in the complexity of their manufacturing processes and are now facing a labour shortage. Advanced robotics solves these types of problems.

Although advanced or smart robotics can be collaborative, mobile, and self-programmable, it mainly uses artificial intelligence (AI) algorithms to create a higher level of autonomy for robots. They are now capable of analyzing and evaluating the best course of action given the data provided by the outside world, whether from a third-party source or collected using sensors. This is the basis of many current developments in both fields, with the application of technology such as digital vision and natural language processing. There have been huge strides in everything from autonomous vehicles to industrial robots to humanoid androids. These technologies are taking robots beyond controlled environments to uncontrolled spaces and beyond specialized industries to all industries.

AI algorithms eliminate the need to pre-program the robot for known scenarios. They do this by using machine learning techniques, including deep learning (DL) and reinforcement learning (RL).

In contrast, RL algorithms give robots a way to “learn” specific behaviours from their interactions with the environment. The robot controller is given high-level specifications on what to do instead of how to do it. A good example of using RL is a robot that is learning to walk. First, the robot tries a big step forward and falls. This negative outcome causes the machine to correct the activity by trying a smaller step. This is how the reinforcement learning system achieves different data points to build a model for a robot’s ability to walk.

Both DL and RL techniques can use real-world data (acquired through experiments with real robots) or virtual-world data (obtained by simulating a range of potential operating scenarios). The idea behind using simulation is to train a virtual model of the real robot to generate training data for AI algorithms. Generating data through simulation is clearly much faster and less expensive. Today, significant efforts are being made to develop cloud-based platforms that allow for randomization of domains, photorealistic simulation, and accurate imitation of physics. These platforms seek to bridge the gap between simulation and reality with the aim of making “sim2real,” that is, transferring robotic skills acquired in simulation to the real robot for direct application at the production workstation.

CRVI has a thorough understanding of the potential of advanced robotics to address problems faced by manufacturers. In fact, the main thrust of its 2021–2026 research program funded by NSERC, Ministère de l’Économie et de l’Innovation, Ministère de l’Enseignement supérieur, and the Canada Foundation for Innovation (CFI), is the development of new manufacturing solutions based on advenced robotics. CRVI works with industry and key players in advanced robotics, AI, and robotic effectors such as NVIDIA and QSCale to name just two. CRVI’s endeavours focus on establishing a development framework to quickly prototype a wide range of advanced robotics applications.